The following audio plug-ins have been developed for a contest called the KVR Developer Challenge. 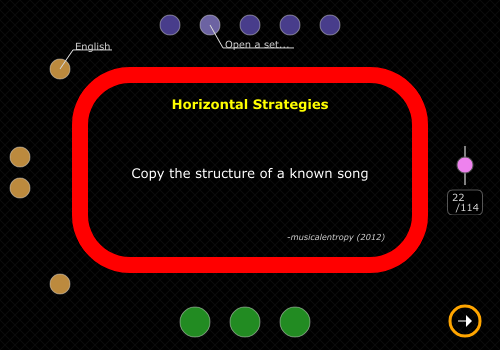 Inspiration is an application developed to stimulate the creativity of music composers. Influenced by Brian Eno’s Oblique Strategies, and techniques described in several books about songwriting such as the Frustrated Songwriter's Handbook from Nicholas Dobson, Inspiration allows its users to get random, more or less abstract advice that can provide ways to handle the blank page syndrome, new "cooking recipes" to create music in general, ideas to develop or finish a song, write a lot of music in a short time, take new, different, stimulating musical paths.

Guitar Gadgets is a compilation of "false" analog guitar pedal simulations, made to be used mainly with electric guitars and guitar amp simulations, but which may be sound interesting in any situation. The focus wasn't to design classic effects, but weird, strange, ugly or "different" ones instead. It is available on VST and AU formats (32/64-bits, Windows and Mac OS X). 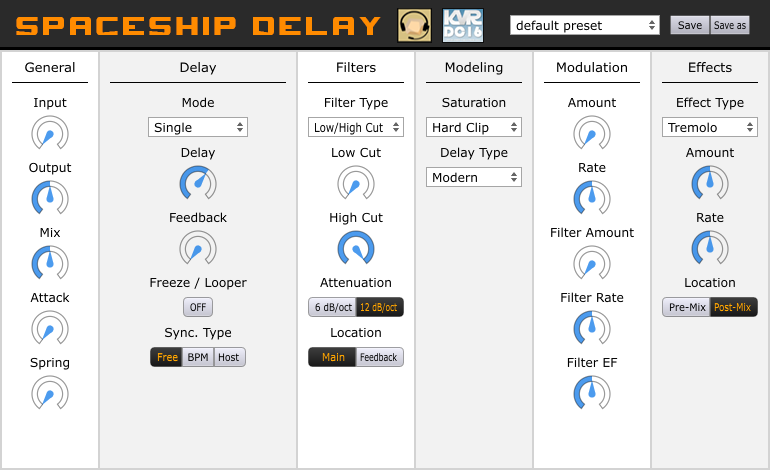 Spaceship Delay is a delay audio effect featuring classic modern and vintage sounding delays, with post effects, analog modeling synth filters, a spring reverb, a tutorial embedded in the application, nice modulation controls, a freeze/looper mode, a lot of presets... It is available on VST, AU and AAX formats (32/64-bits, Windows and Mac OS X) and finished at rank #3 at the challenge !